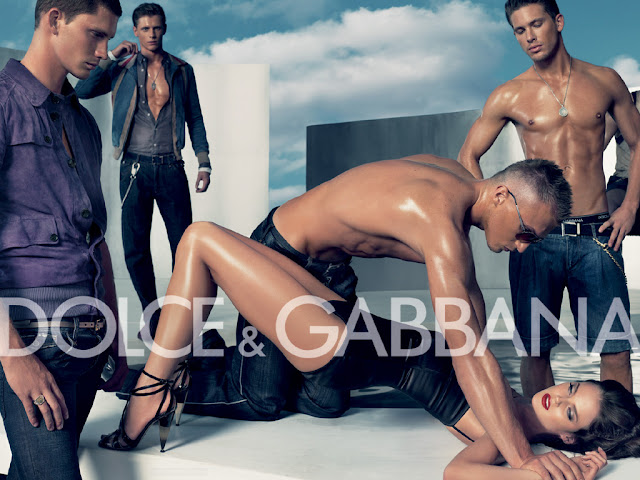 Effectiveness of Advertising that Degrades Women

A long debated subject within the context of Advertising has arisen since the late 1950s - the portrayal of women in Advertising, which is most in need of analysis and change.

Advertising is said to be the economic sustenance and pillar of the mass media. Societal issues have arisen scrutinizing the various advertisements seen and heard.

Many people believe that Advertising’s approach to sex is pornographic; it reduces people to objects and deemphasizes human contact and individuality. Many would argue that this reduction of sexuality to a dirty joke and people of people to objects is the real obscenity of the culture. 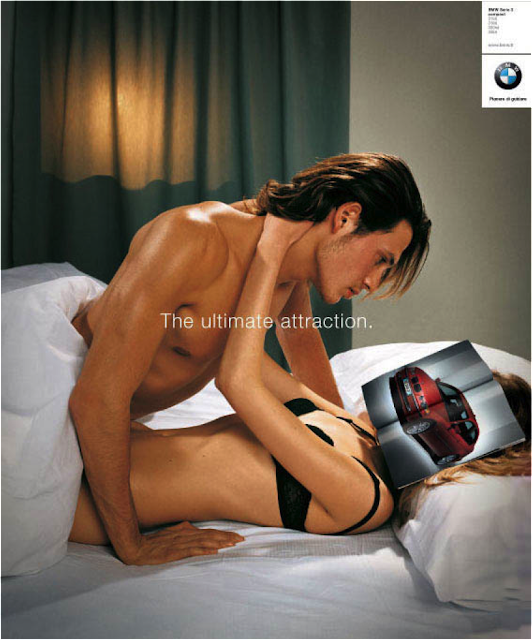 The Advertisement depicts a man and a woman during an intimate moment in the bedroom. A magazine covers the woman’s face with a BMW editorial print advertisement displayed. The copy states “The ultimate attraction”. This layout followed by the copy is a fine example of advertising that degrades women. Not only is the woman in a submissive position, but also she is degraded and objectified by such a sexual notion whilst being portrayed as being the next best thing to a BMW car. Men, who would be the target audience for this Ad would find it appealing, but not women. Ads like this can resonate deeply  and negatively within women.

There are many that assert that these ads encourage women to be viewed as objects by “the all important male”.

Many scholars/activists believes that this objectification comes in several varieties. They believe that sex is only used to grab attention, which is apparent in the BMW Ad above. They state how some people refer to this usage as “borrowed interest”. This is a method of captivating the target audiences’ attention for a limited period of time.

On the contrary, an attention-distraction explanation hypothesizes that the visual draw of the suggestive illustrations decreases reading time for the ad copy . Advertisers should be wary of a reduction in brand recall and awareness due to this distraction factor. This would also result in a reduced recall of brand names and product information as well as negative product attitudes.

Culture can be redefined and expressed through the people that fit into it. This portrayal of Advertising is negative and should not be an indicator of the ingenuity of such Advertising. Killbourne does not disfavor Advertising completely, but believes that the images in Advertising do not cause the problems, but they “contribute to them by creating a climate in which the marketing of women’s bodies, is seen as acceptable”.

Measuring the effectiveness of such advertising from a Brand status has proven challenging with no direct co-relation to the advertising and sales. However, societal issues discussed through various forums online and research conducted is a key indication to the negative perceptions viewed on this subject.

Researchers already have established that some women compare themselves with the idealized images in advertising and that some women who compare themselves with these high attractive models may experience negative feelings as a result. A survey in the United Kingdom, for example, shows that about two thirds of women thought that advertisers go too far in using sex to sell product.  They found explicit billboard advertisements more offensive (Media and Gender Monitor Issue 8). Also, while doctors do not agree on the extent of this problem, eating disorders such as anorexia have been affecting more young people. This can be seen even by global brands such as an Estee Lauder advertisement even goes so far as to boast that they are “Defining Beauty”. The way they are defining beauty is with three supermodels, one being Elizabeth Hurley. Young women would look up to these role models as societies perception of the perfect look.

It is clearly defined that the degradation of women in any sexually portrayal has negative implications to the masses. They may not directly be linked to a Brand’s sales or brand equity, but is talked about and discussed and scrutinized through various media channels.

This still happens even in this day and age, but the question remains - are the ads degrading, or is it up to the reader to perceive it as so? 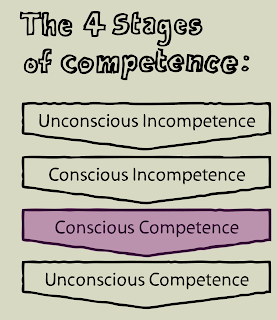 Posted by The Creative Strategist February 06, 2013

The Four Stages of Learning - Master Your Destiny