Ideas are not restricted by the medium we play in 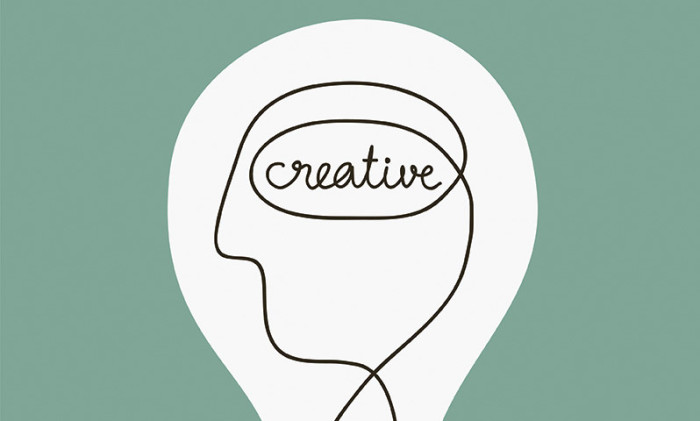 “Ideas are not restricted by the medium we play in”

Konrad Spilva, once presented his view on the current issues surrounding Advertising in the digital context within Australia. He explained Visual Jazz’s (now known as Isobar) model in working through campaigns and implementing sound strategies to meet client expectations. He showcased a few campaigns Visual Jazz had been a part of and further exemplified the changing nature of social interaction of consumers within the digital space with some examples such as the Volkswagen Fun campaign and Creating Social Currency campaign in Sweden. Visual Jazz’s ethos revolved around doing things differently, and bringing ideas to life online.
Konrad believes that “Ideas are not restricted by the medium we play in”. This notion has long been contested in regards to keeping a campaign in lieu with the clients brief.

Creativity involves either generating completely new ideas or coming up with new takes on old ideas. This ideology is evident in the current Advertising landscape with many agencies trying to break through the clutter to differentiate a brands product and services from their competitors.

Ideas are not restricted by the mediums that are used to disseminate messages and advertisements, but can be constrained due to a few factors:

1)    Research into the category, brand and target audience segments are important in obtaining a sound strategy in any Advertising campaign,
2)    The use of media channels depends on the creative idea; not all creative concepts can be executed through the same media channels, and
3)    Idea generation comes from one good strategy.

Creative teams have continued to debate into the extent in which information should be presented to them in order to get their creative juices flowing. This can be a possible obstacle in the creation of new ideas.

Media planners would then argue that different media vehicles would have to be utilised according to the idea presented, the message to be spread and more importantly, if it remains on strategy.

It is important for all members working on a campaign to be aware of the marketing objectives, the strategic input towards building a suitable single-minded proposition, and finally to manage the creative output to ensure it remains on strategy.

Such diligent synergy allows for an exchange of ideas within reason, and a decentralization of the hierarchy of power within an agency. Konrad, himself mentioned that strategy planners within Visual Jazz had to work closely with developers and co-workers with a more sounding understanding of the digital medium. Visual Jazz took a bottom-up approach in strategy planning. This allowed for an amplification of strategies across the selected channels as they know their mediums best.

An idea is only as sound as the strategy that follows. The entire team needs to be able to assimilate the research data, and develop relevant insights and ensure the creative team are on strategy. All it takes is one good proposition to develop 100 big ideas.

A TVC was used to launch the campaign giving the campaign awareness amongst the target audience. The Internet was then used as the primary mode of interaction with consumers because the objective was to get people to LIKE the page and interact.
Unlike television or radio, which are relatively passive media used primarily for entertainment, the Internet requires active participation.
An ideal result of using the Internet is that consumers choose what they wish to actively participate and interact with. This is more powerful than being exposed to traditional medias shouting their messages to them.

Creatives have been asked to always think ‘strategically. This is a key indication into an emerging trend where ‘creatives’ are no longer creative and have to be able to synthesize and look at the broader picture. This is can be reflected on Visual Jazz’s campaign for Lynx.

Ideas are not restricted by the medium that we play in, but there are external factors that can limit the process. Creatives need to keep in mind of the strategy and ensure that their ideas are on par. In developing strategy within the digital context, or any other media platforms, it is good to get the appropriate media planner, developers’ opinions as they would probably know better. Creative ideas will have to be adjusted to suit different mediums; however the biggest notion is that an idea is transferable; it just depends on the medium used and how it is portrayed.